Did we evolve? Are we a genetically engineered slave race? How were the aliens?  Who were the gods? Was there one super race? Did we evolve?

Our host Robb is again joined by the bearded master of Sci-Fi Mr Greg Andrew, So sit back and relax and enjoy episode 42 “Ancient Aliens” of Everythings An illusion.

Is there a connection between ancient gods and ancient aliens?

There is no definitive answer to this question. Some people believe that there is a connection between ancient gods and ancient aliens, while others believe that the two are unrelated. There is no scientific evidence to support or refute either claim.

Who is Zecharia Sitchin?

Zecharia Sitchin was a Russian-born author who wrote several books proposing an alternative history of the world. He claimed that the ancient Sumerian civilization was actually created by extraterrestrial beings, and that many of the events described in the Bible actually happened. His work has been criticized by many scholars, and is not widely accepted by the scientific community.

Who is Michael Tellinger?

Michael Tellinger is a South African author, politician, explorer and activist. He is the founder of the Ubuntu Party and the UBUNTU Liberation Movement.

What is the Hindu caste system?

The Hindu caste system is a social hierarchy in which Hindus are divided into four main categories: Brahmins, Kshatriyas, Vaishyas, and Shudras.

Who is Terrance Mckenna?

Terence McKenna was an American ethnobotanist, philosopher, psychonaut, and writer who advocated the exploration of the potential of naturally occurring psychedelic plants as agents for psychological and spiritual growth.

Who were the Azteks?

The Aztecs were a Mesoamerican people of central Mexico in the 14th, 15th, and 16th centuries. They called themselves Mexica.

Who were the Mayans?

The Mayans were a Mesoamerican civilization that lived in present-day Mexico, Belize, Guatemala, and Honduras.

Who were the Olmecs?

The Olmecs were a Mesoamerican civilization that flourished in the Gulf Coast region of present-day Mexico from approximately 1200 BCE to 400 BCE. The Olmecs are known for their unique art style, which features large stone heads and other monumental sculptures.

Who were the Egyptians?

The Egyptians were a civilization that lived in northeastern Africa, along the Nile River.

Who were the Sumerians?

The Sumerians were a Mesopotamian civilization that existed from approximately 4500 BCE to 1900 BCE.

What are Megaliths and where can I see them?

Megaliths are large stones that have been used to create monuments or buildings. Some famous examples of megalithic structures include Stonehenge in the United Kingdom and the Great Pyramid of Giza in Egypt.

What are Pyramids and which countries have them?

Pyramids are ancient structures built by civilizations in a number of different parts of the world, including Egypt, Mesopotamia, the Indus Valley, and Central America.

What is the theory of Panspermia?

Panspermia is the hypothesis that life exists throughout the Universe, and is distributed by meteoroids, comets and other interstellar objects.

The Energetic Mind T Shirts with both a UK and USA Shop www.theenergeticmind.com 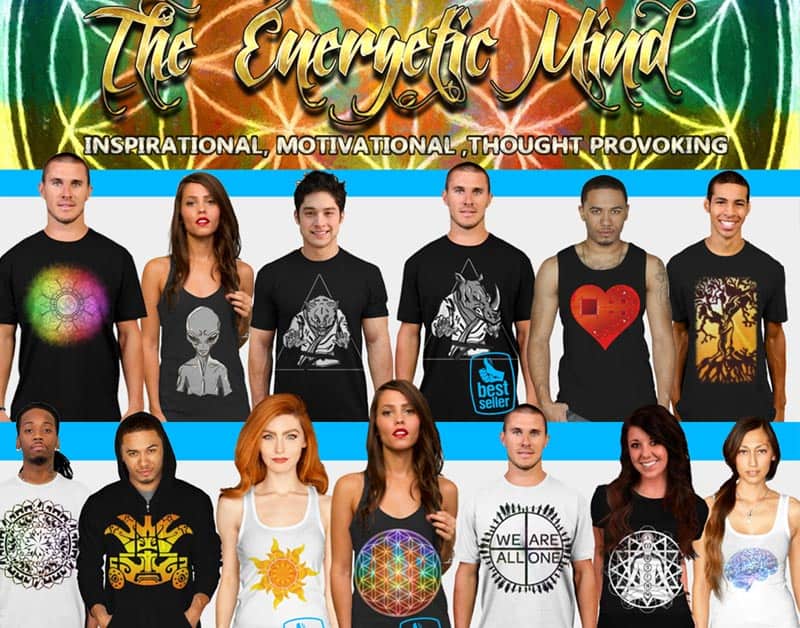 Have a listen to our other podcast at www.everythingsanillsuion.com