In this episode I rattle through the idea that we are farmed by an evolved serpent race , descended from dinosaurs!! Then I have a look at VR headsets and my personal experience with Googles Cardboard, from VR I moved over to medicine I have a look at Vaporising WEED and the advantages it has over smoking. Finally I look at Deadpool and Gods of Egypt. It is a short sharp blast of Everything’s An Illusion , so sit back and relax and feel free to share 🙂 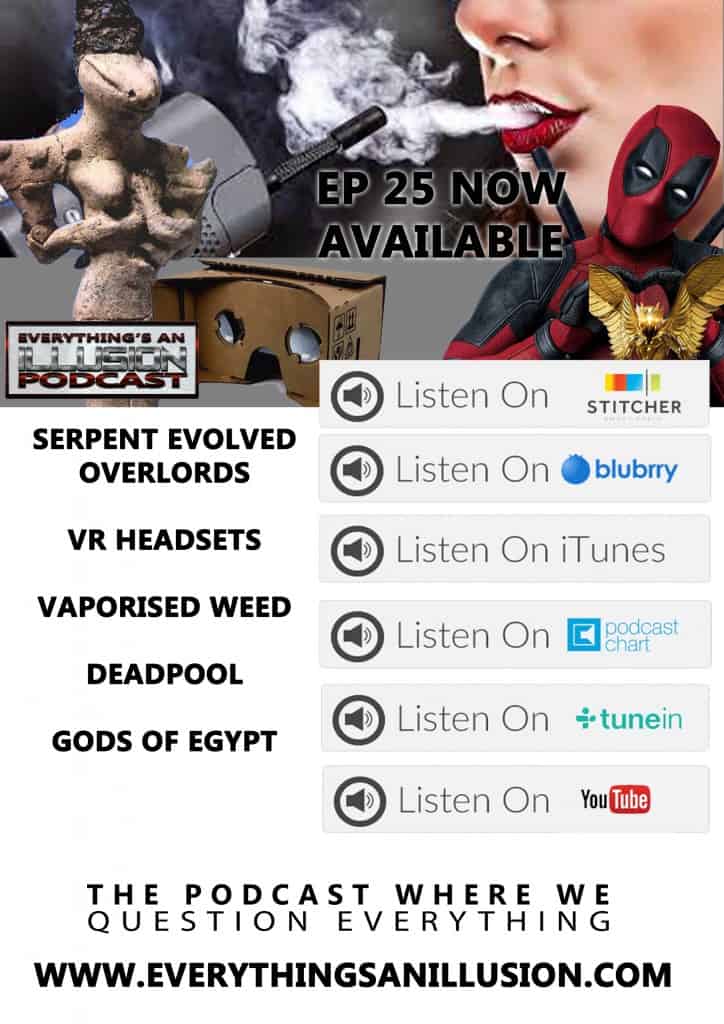